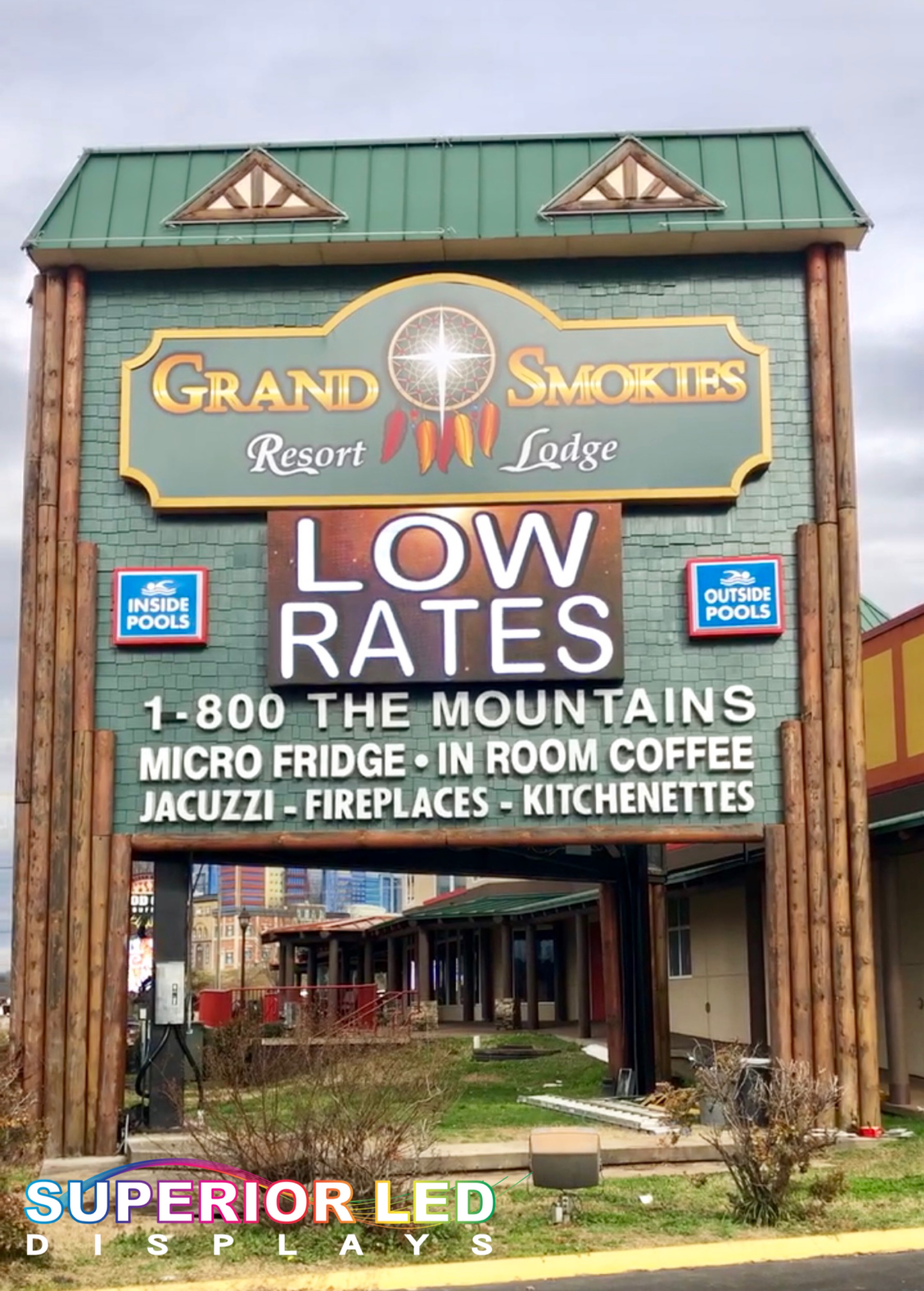 One of the biggest problems people face when they purchase their first LED display is putting images on it that show up well on the display. Fundamentally, an LED display is significantly different from a computer screen, and your visuals need to be formatted to make the best use of the technology. Simply dropping BMPs from your hard drive onto the sign will, most often, lead to a poor image on the LED itself.However, if you come to understand LED display technology, then you can come up with great, eye-catching images that will engage your customers.

ResolutionThe first thing to keep in mind about an LED display is that it is going to have a much lower resolution than your computer monitor. “Resolution” simply means how many pixels (dots) are on the screen, and it’s a measurement of rows and columns. A modern computer monitor is going to have a resolution of 768×1024 or higher, whereas an LED resolution is going to be more like 80×208 or 48×96. That’s a big difference in the level of detail that’s available.If you attempt to put a large-size image onto one of these LED displays, a lot of visual information is going to be lost as it gets squeezed into the smaller format. Fine details and, especially, the small text will be distorted or even become completely obscured.

Avoiding DistortionThe other major mistake some people make when first making use of an LED sign or LED message board is by trying to use images, which are the wrong shape. While this isn’t always true, LED display technology tends to favor resolutions that are much wider than they are high. An LED display might have a resolution such as 96×288, which is three times as long as it is high. Think of it as the difference between a standard TV screen and the widescreen image you see in movie theaters.If you use an image that’s the wrong shape for the display, it will end up getting squeezed and distorted. If the image is too tall for the display, it will become “squashed,” for example. This distortion makes the image look bad and limits the effectiveness of your LED signage.

Fit The Image To The DisplayThe solution to this problem is relatively simple: you need to format the image beforehand to fit your LED display. Virtually, any image editor on a computer, even the basic Microsoft Paint program that comes standard with Windows, has the ability to resize an image to different resolutions. Before displaying a picture on an LED display, resize it manually beforehand to see how it looks. If it becomes distorted or unclear, you’ll need to edit the picture to make it fit the format.This also is true for text, if you’re using an LED message board. Try to stick to plain sans serif fonts like Arial. The more complex the font is, the more likely it is to get distorted on a LED display.

TakeawaymMaking the best use of LED display technology requires ensuring your images are formatted to it specifically. Edit your images so that they fit on the screen, and preview them before having them go live. This is the key to getting the most out of your LED display system.