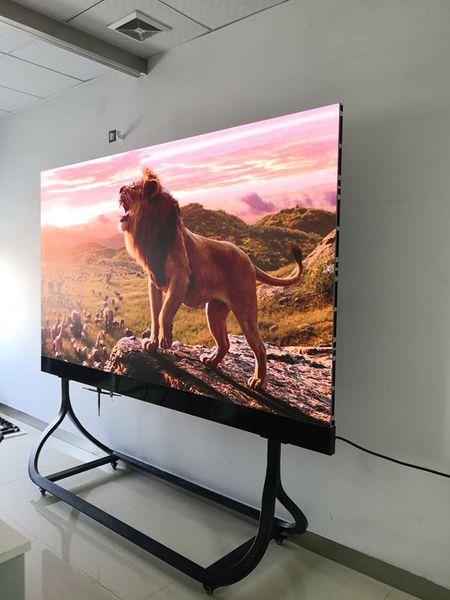 Judging from the recently concluded two major LED exhibitions, the conference display market has become a must for display companies in the future. According to relevant statistics, the growth rate of the United States’ video conferencing market is expected to exceed 30%. In addition, statistics show that there are about 100 million conference rooms in the world.  With the help of IoT, artificial intelligence, 5G, and 8K technologies, Unified conference screens will inevitably become the new favorite of conference rooms, and will also become a new market for LED display companies to increase revenue and profits.

For a long time, LED display has had two major forces, namely “self-luminous display” and “LCD backlight display”. The former is LED charging at the forefront, dominating the large-scale outdoor and indoor professional and commercial display scenes. Originally each dominates. , All year round, there is nothing wrong with each other, until a technology called micro-display turned out. Micro-display technology has brought the two forces head-on. The LED self-luminous display has the possibility of gradually removing the “pure large-size” label, and is expected to enter the world of “closer viewing”; and LCD backlights, therefore, have more opportunities to compete with the aggressive OLED front, and can also be more good to block the offensive momentum of LED self-illumination. Among them, large-size TVs and interactive all-in-ones are the closest commercial products of the confrontation between the two sides so far-although they have not been mass-produced, they are expected to move forward.

Compared with the traditional LED display, the Unified LED screens integrate the HUB board, power supply, and receiving card three-in-one design, that is, there is no need to consider the traditional external equipment such as sending card and video processor, eliminating complicated wiring, debugging and other complicated operations, reducing Man-made operation failure, easy installation, operation and maintenance, and easy to move, free from space constraints.

The Unified LED screens can realize full front maintenance, no need to reserve maintenance channels, and maximize the use of every inch of space. In short, the Unified LED Screen can be as simple as a normal TV, and the experience is improved significantly. Especially in the modified conference room, it can be installed efficiently and switched freely, effectively saving time.

The interactive Unified LED  screens are mainly used in commercial or educational scenarios, and the requirements for the industrial design are more stringent. Therefore, the thickness, appearance, and especially the design of the back panel are more exquisite. For a truly qualified Unified LED Screen, there is no wire behind the whole machine, and it even needs to have the beauty of array rhythm.

Why Church Monument Signs Are So Popular?